The world of independent American music, country folk rock, never ceases to amaze me and to give me jewels that I feel compelled to make known to the Italian public, which rarely comes to know. The reasons are many, a genre that here you know little or you know badly (in Italy there is a distorted conception of what is really the country) but above all being an independent distribution is by its nature a niche, reserved to a passionate audience that makes these artists what they receive : real emotions. These musicians, some even great names, have remained normal, ordinary people, those who after the performances stop to talk to the audience, who want to feel the warmth. That’s the secret here, the secret of independent country outlaw, music to and from people, work, hard life and family, feelings and passion. Here Casper Mcwade is one of the best products of this world, one that writes and plays for passion, does not build anything, does not invent but gives us emotions to every song. He has that ability that is now universally recognized in colleagues such as Cody Jinks (who in fact is his friend and he sang with him in one of the tracks on the album and used one of his songs for his album The Wanting), Jamey Johnson, Mickey Lamantia or Creed Fisher, to be one of the audience, an extension on the stage of the fans’ feelings. Everything here is simple and clear, like this album Unraveled (officially its third after an EP of 2010 and Hello Lonesome of 2018), which starts from a masterpiece cover and goes straight to the heart. Nothing artificial, just played and produced as god commands, almost as if it were live indeed the feeling is just that of songs that gush so natural and are imprinted in a vinyl that is one of the brightest jewels of a terrible year, especially for artists who make life on the road and concerts their livelihood for body and soul. The album was released for the label that makes the independent country without commercial compromises, a mantra and that is Death Before Pop Country Records, the name leaves no room for misunderstandings of the musical direction. The title-track is a wonderful country ballad with Casper’s voice that is convincing, deep and intense, acoustic guitar and a melancholy that reveals this record and the direction it will take. Beautiful. But if you want to understand what it means to be an independent country musician, play and live without compromises just listen to The Eagle, a piece of outlaw coming directly from the sound invented by Waylon Jennings, dusty and funny, a song that will become a classic of his live performances and radio industry. The good Mcwade is from Oklahoma but in Texas he will have more than one admirer after this wonderful Texan soul song. Maybe the real masterpiece of the record, country as it would take tons in the fake and glossy music business of the big TV shows. The collaboration with his friend Cody Jinks, a real institution now in the country after a career started with heavy metal, is a cover of Alice in Chains , Don’t Follow that leaves speechless for intensity and courage, another round other masterpiece. The support band then the Honkytonk Rebels are the extra touch, a real great country band.Chasing the Light is a poignant ballad about the loss of his father, moving and intense and then again a bold move to make reinterpreting in country salsa, a song by the historical pop rock band REO Speedwagon, Take It On The Run. Operation succeeded, indeed the piece seems written by Casper and its execution makes you forget the original, honorable mention for violin and pedal-steel by Honkytonk Rebels, masterful! A real record of a talented artist, one who sings for all of us who live in the real world and have real problems and dreams, He may never receive awards or TV or radio awards but his followers will continue to love him and spread his word as an independent songwriter and with that outlaw soul of which Waylon Jennings and Johnny Cash would be proud.
Good listening
Trex Willer (Claudio Trezzani) by  http://www.ticinonotizie.it

you can find original italian article at this link : https://www.ticinonotizie.it/ascoltati-da-noi-per-voi-by-trexroads-casper-mcwade-unraveled-2020/?fbclid=IwAR36XwliVsdpeqsi_twF8ynXv0yhGAbtvMwZZknI5h3G3TNZN1MkAeU0soI 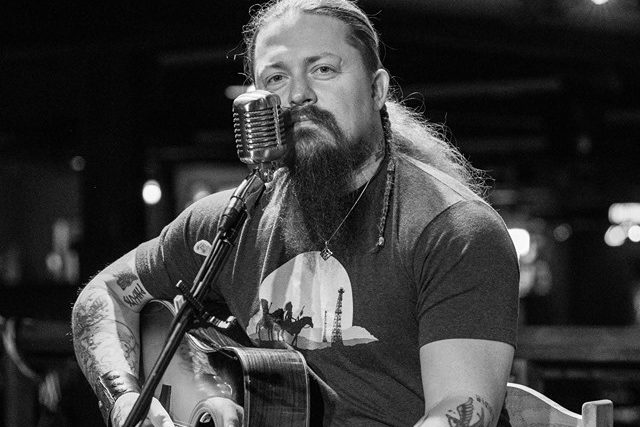