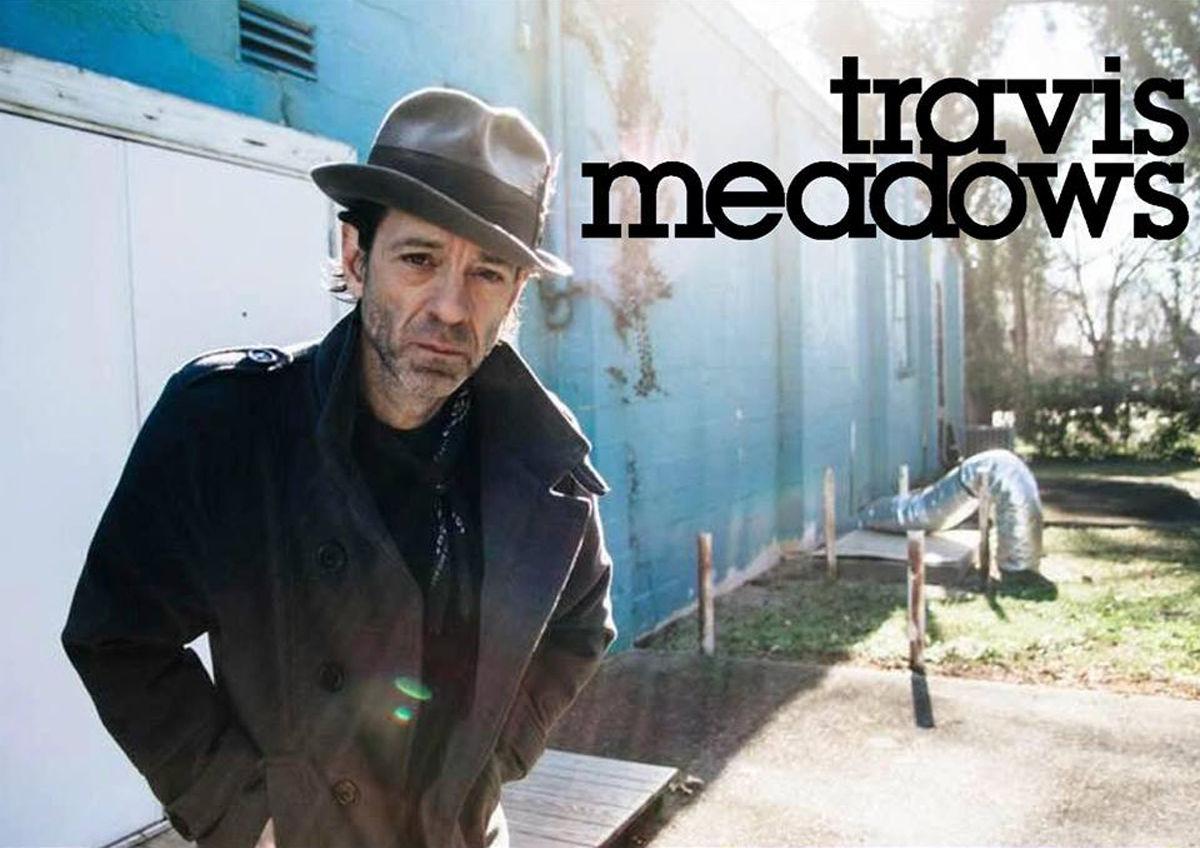 There are lives that seem to be made to be told and to excite the listener: journeys so poignant through adversity that they seem plots of author films, rebirths and relapses worthy of dramatic novels, hollow faces and eyes marked by suffering. Here is the story of one of the most appreciated American songwriters by professionals but almost unknown to the general public. Travis Meadows is the living example that you never have to give up and believe it all the time, even when fate seems to tell you “forget it, man, it’s over”. Meadows was born in 1965 in Mississippi and already at the age of two years his innocent eyes live the tragedy of seeing his brother drown: life has not yet begun and already makes him understand that it will not be an easy journey. Then the divorce of the parents who decide to make him grow up with their grandparents, leaving on him that sense of inadequacy and rejection that pushes him already at the age of eleven towards the drug spiral: perhaps the only way he feels to accept the world and his life. The same world that probably collapses even more on him when at fourteen he is diagnosed with bone cancer: a tremendous battle to win for a teenager already tried by life, which costs “only” his right leg below the knee. During this time he played drums and guitar for various local blues bands, lulling in the soul the dream of becoming a professional musician. The first turning point of his life, the first sign of light comes in twenty years, when he finds God and becomes first a missionary and then a Christian preacher. A strong vocation that drives him to travel so much and to preach the word for seventeen long years. But probably the strongest vocation, the one that has always called him, that of music pushes him to Nashville, the cradle of American music. He abandons his vows and looks for that fortune that for years has closed the door in his face. In Nashville he is noted: he has a real songwriting talent, as evidenced by his official record debut, My Life 101 (2007) on Universal, and his first collaborations. A record very influenced by the sound of the first Springsteen, with some really nice pieces, rough but incisive: in Play With Fire, the voice is different, much more suffering than that of the Boss, but the music is that American rock in the middle between the radio and the songwriter that make him savor the success. His dream is coming true but that success brings with it the whole package: drugs and alcohol, the spiral returns to wrap him, leading him to depression and numerous trips to specialized centers. The sufferings of the soul, of that troubled adolescence, present a very steep account. 2010 is the key year, with sobriety achieved and maintained. During his last rehabilitation, his therapist advised him to keep a diary of the journey, notes of his difficult journey towards sobriety. Just this diary is the source of the lyrics of his new album, indeed of his official debut of his new life. Killing Uncle Buzzy comes out in 2011 and is a poignant journey of man in search of salvation and redemption; a climb to life after a spiral of death and depression. A record much more raw and dry than the previous one, more oriented towards the country folk of the author than towards the rock. The beautiful ballad that opens the record, Minefield, seems closer to Townes Van Zandt than to Springsteen, but the character of his unique voice makes it original and opens even more the doors of “music business”. Already in 2009 Lynyrd Skynyrd use a piece of his for their record, God & Guns, but also their heirs Blackberry Smoke use his pieces for their records, not least the wonderful Medicated My Mind, present in their latest effort, Find A Light of 2018. Now his songs climb the charts in the hands of “nineties” of Nashville country, as Eric Church, Frankie Ballard, and many others…so many others. One of these, Jake Owen, reinterprets the wonderful What We Ain’t Got, present in Killing Uncle Buzzy and arrives at the 14th place of the sector charts: the “American dream” is reality. Travis became so popular in Nashville that Rolling Stone magazine came to call him “the best badass songwriter in Nashville“. A success, however, that is more for professionals than for the public. After ending his contract with Universal in 2013, he released a wonderful 7-piece EP, Old Ghosts & Unfinished Business, for the independent label Kobalt Music. An album even drier and more direct than the previous one, a sad and exciting country that would have made proud the great Townes Van Zandt and Guy Clark, probably the two artists closest to Travis for musical feeling. Listen to the ballad Good Country People, a wonderful roots fresco with banjo violins and electric perturbations: gorgeous. 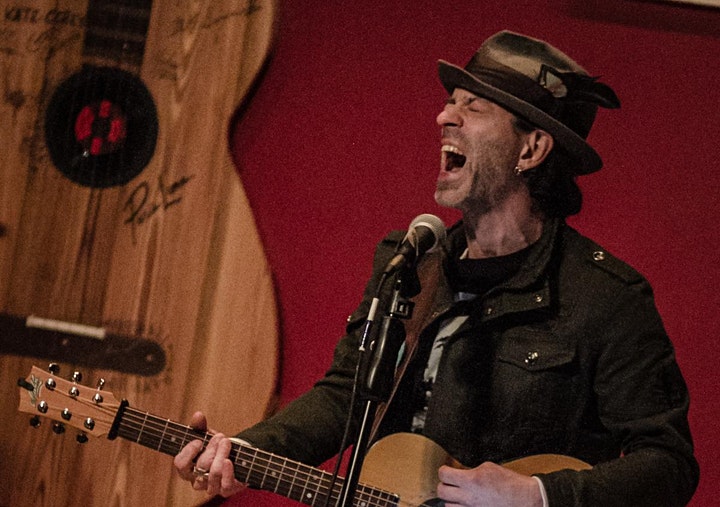 In 2017 he got a contract with another independent label, Blaster Records and, making use of a production that we would dare define to the limits of perfection, produces First Cigarette, reaching an enviable artistic maturity. Travis is a niche artist, who will never achieve worldwide notoriety, perhaps not even interested in it, but is a sure reference for quality country music. The album emphasizes more than the songs, his ability to tell through them in a raw and credible: a man who has not yet forgotten his past, but who finally manages to see rays of light filter through, savoring the heat on the skin. A narrator like few exist today, a voice that seems born to satisfy his storyteller ability entering the soul with simple and effective words. It’s an album veiled with melancholy, like in Pray for Jungleland, a wonderful fresco with even a veiled dedication to Springsteen, where the world revolves around friday night, the girls and the stereo that shoots his songs together with advice for those like him who have a hard life. The title track is a perfect example of all this: the author confesses that over time you learn to appreciate the little pleasures of life (when there are), as “the first cigarette just wake up in the morning“. The Author is not telling us that he has no regrets for what he was, on the contrary, listen to Sideways, where he tells us that he would like to “Relock all the doors I wish I never opened / Unlearn the things I wish I never knew” but he suggests we accept the mistakes we’ve made. Then he advises us to always have “hunger”: as in Hungry, where this helps to go on, to believe that it is possible to overcome everything and to look for your place in this world. Meadows does more and becomes a hymn to the losers, the “underdogs” of this world, the Underdogs that despite everything “shine like broken stars“, despite scars and lonely hearts: a hymn that will certainly be the culmination of his live performances. The intense and exciting work ends with a fantastic ode to rock and roll, Long Live Cool. Probably the most sunny and light song of the album but that serves as an outlet for the intense emotions that gave an album almost perfect. At the end one wonders for what strange astral conjunction this disc was not duly celebrated as it should have been. A real jewel even in small details, like leaving between a song and the other short instrumental interludes without silences, which make it a real musical novel. A story all in one breath on the power of life, both in the dark and in the positive moments. Travis Meadows is very similar in his artistic dynamics to the aforementioned Townes Van Zandt, an artist who has not collected what he deserves but has given us pearls of absolute artistic and narrative value. Two poets so alike and so true. As we said at the beginning, an incredible story, made of falls and ascents, without ever giving up, narrated with a sincerity and disarming ability… Travis Meadows and his music. We are light-years away from glittering glossy Nashville, but if you are looking for feeling, soul and humanity and value the quality of the songs, Travis is the artist you missed. Here, finally, according to the writer, the five most significant songs to get to know him: Amazing Grace, What We Ain’t Got, Good Country People, Pray for Jungleland, Underdogs.

you can find original italian article at this link : http://www.magazzininesistenti.it/travis-meadows-gli-ultimi-saranno-i-primi-di-claudio-trezzani/ ) 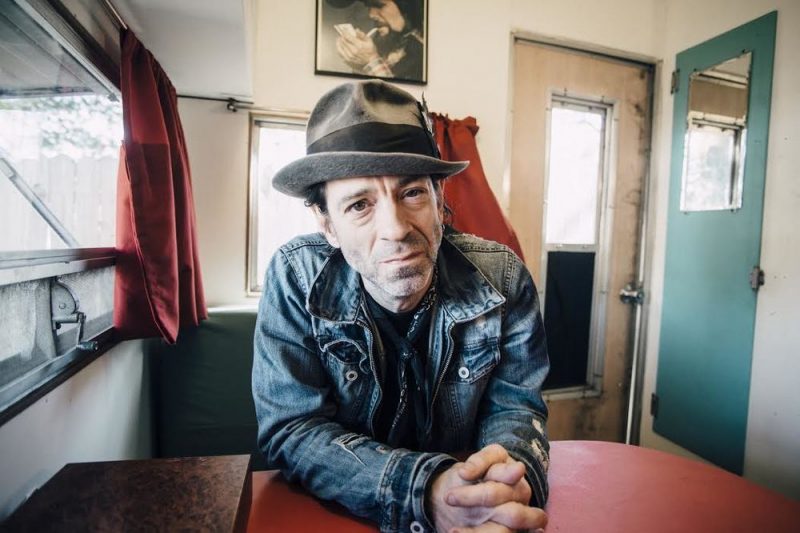 As a real, independent and uncompromising outlaw, Dallas Moore has been in the music scene for 2 ...