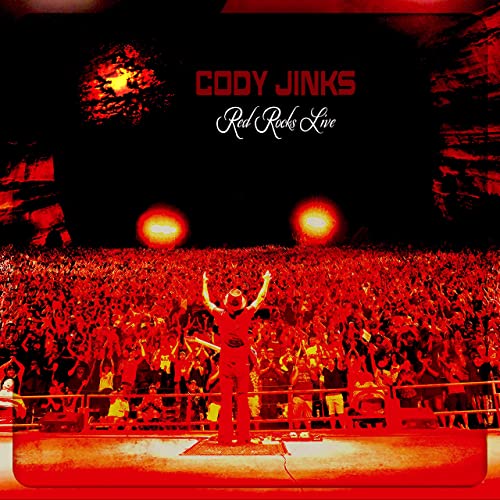 Independent music, the one without the support of the big radios, the big majors and the press, has its fuel in the love of its fans. Cody Jinks is the most successful exponent of the independent American scene, not only for the beauty of his songs or for his talent, but because he is one with his fans, in fact he is one of them. His story I told you in this previous article and I will not repeat it, not to be redundant, but absolutely must be discovered (https://trexroads.altervista.org/cody-jinks-texan-journey-from-heavy-metal-to-outlaw-country/ ) and has its natural outlet in this live. Jinks live shows are legendary, american friends tell me about them with emphasis and tell me that they are an unforgettable experience. Here’s to all this add the most legendary frame you can imagine and you’ll have Red Rocks Live. The above frame is the arena built near Denver, Colorado at the base of a large red rock, one of the most scenic concert venues that exists. A concert for those who have experienced it really crazy, an energy and a feeling that cancels the distance between artist and audience and amplified by a breathtaking natural scenery (incidentally deserves a nice blu-ray and a high-definition TV, but this is another story). The concert unfolds 23 hits of Jinks, a kind of greatest hits for posterity but with the public to make it unique, the studio pieces are wonderful but with the participation of the family become perfection and work of art. Where you find an artist who calls his official fan club, the Fam Club. That’s all here, a family and the live is the consequence. Imagine yourself at a concert of your brother or your father or son and think about how you would participate, the emotions that music would unleash in you. Here the effect is the same, because here at Red Rocks they all look like brothers and sisters of Cody Jinks, although we have to say that his real family is there and his mom will sing with him in the wonderful Mamma Song. A duet that would be worth buying and listening to this live, the true meaning of his music is all here. Then the sound quality of the entire live : perfect. In a live record there is usually this fear, that there is no audience participation to highlight the music or on the contrary that the music is too unimportant making it difficult to listen. No the balance is perfect, you will believe to be there with him somewhere in the middle. It starts immediately with a classic, Must Be The Whiskey and you understand that not only he is in great shape, not only the audience is an emotional monolith but the band is on the piece, It is. The Tonedeaf Hippies studio are masters but live are uncontainable and throw on the plate a performance equal to their boss. In addition to the mother of Cody, in Big Last Name also participates the great singer-songwriter Paul Cauthen, in a song of honky tonk where it is always the audience the extra march. He sings all the lyrics in every song but it’s when Jinks voluntarily leaves the microphone to hear the crowd that everything makes sense, I told you it’s one of them and the anthem of this feeling is Somewehere In The Middle, where even if you are not a Flocker (so they call the fans of the great Texan) you feel part of something and not only paying spectators, there are people who have made thousands of miles, climbed mountains to be here in Colorado and the song dedicated to this wonderful state is one of the highest points of the record (written together with artist friend Ward Davis,  find here on Magazzini Inesistenti my review of his wonderful album https://trexroads.altervista.org/black-cats-and-crows-ward-davis-2020/ ). But how can I not cite another piece written with Davis, I’m not the Devil, that the crowd eagerly waits for and makes almost perfect singing with him every single word and embracing him virtually in the shade of a red rock like the beautiful cover, that is the perfect presentation of this record : Cody Jinks that seems to be part of that crowd and nature to be the backdrop to a wonderful evening. Cast No Stones is that ballad that melts hearts, whose words are like those stones that should never be thrown, absolute masterpiece but then begins his most beloved song, the one that everyone is waiting for, his manifesto Hippies and Cowboys and then everything explodes, public band feelings. A textbook performance, pedal-steel guitars and rhythmic, a voice never so fit. A piece that should become a musical heritage of humanity. A perfect concert closed with another jewel, Loud and Heavy, one of his most loved songs and that as always has in the lyrics never banal, sincere and direct the secret. Cody Jinks does not invent anything but it is an absolute reference of that independent country world that now venerates him and that shows how much that Nashville that rejected him years ago has now lost contact with what people love and want to hear. The real country is this, the real folk music is this and if you don’t trust you still put on the plate this double live album and you too get kidnapped by a bearded Texan boy who always believed in himself and his music even when it would have been easier to do what the “professionals” they asked him. A kind of folk hero, one who has no fans but has a family and I am proudly part of this family. Long live Cody Jinks, long live the Flockers!

(you can find original italian article at this link : https://www.ticinonotizie.it/ascoltati-da-noi-per-voi-by-trex-roads-cody-jinks-red-rocks-live-2020/ ) 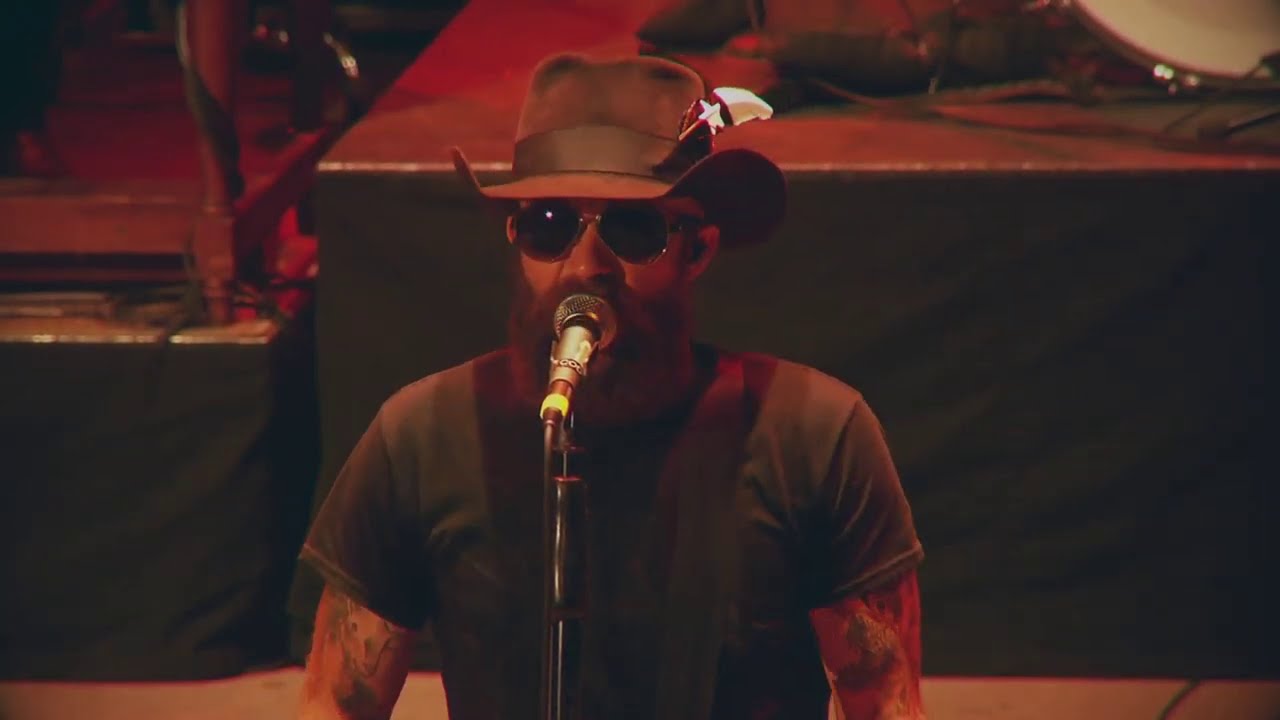