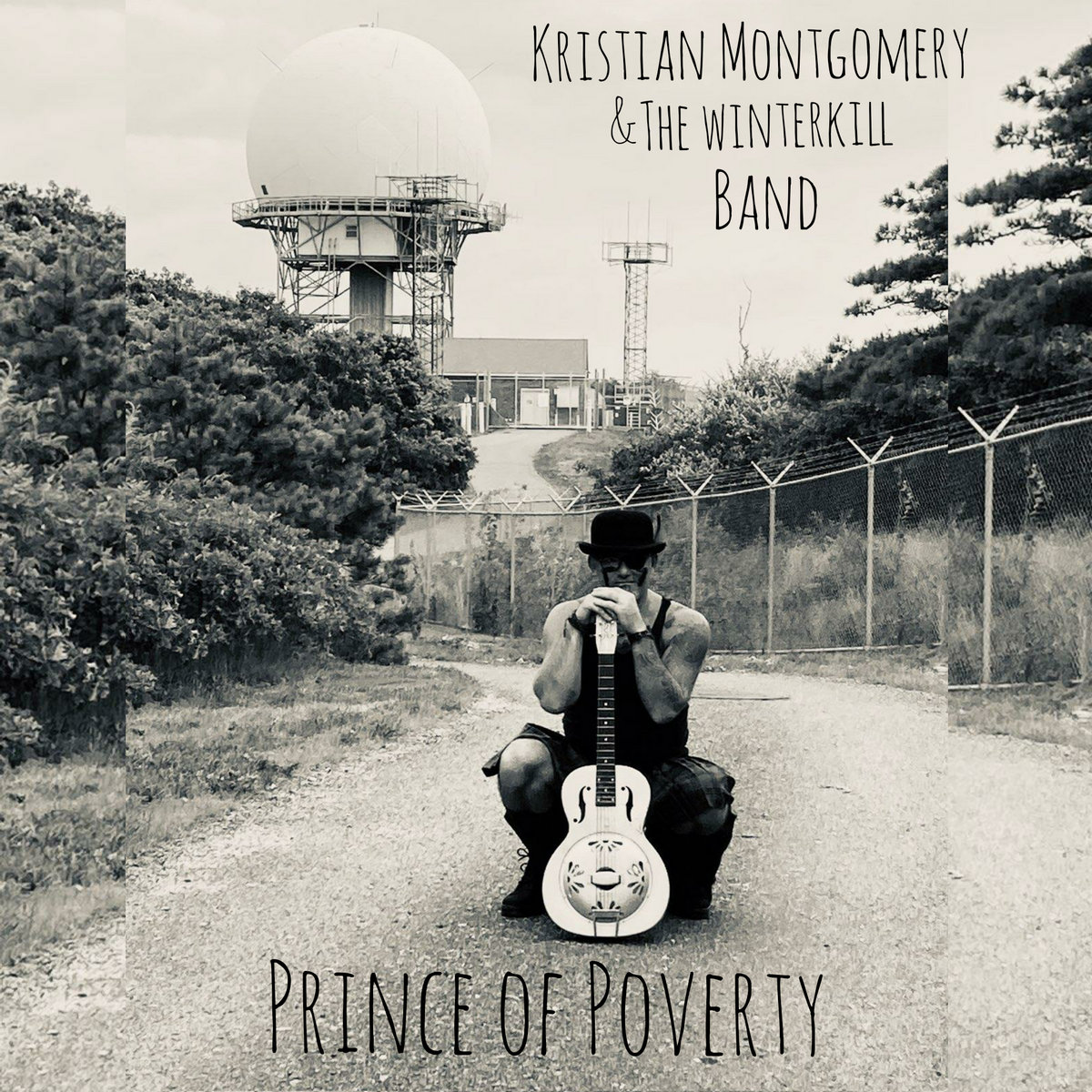 The exploration of independent music is endless, especially in the States. Every day I discover a new artist who is trying to make his way in the world of music business, trying with honesty and talent to bring his work to the right ears. Behind these artists then sometimes there are crazy stories that look like a movie and Americans in this are unbeatable. Here Kristian Montgomery has a cinematic history, since when he was very young he began to sing in the choir of the Church in New England where he lived up to awards in Boston when he sang in a heavy metal band. But he didn’t feel satisfied, and even after taking a trip to prison for a brawl, being in Nicaragua, returning to the homeland of his Danish immigrant father and returning to the United States, Kristian found his own dimension right after getting out of prison by churning out his first EP The Gravel Church, of which this Prince of Poverty is the successor. The sound is a kind of mix between country rock and alternative, a crossover very energetic and character. 10 pieces of American rock that the insiders would call alternative country or Americana.   The opening of the album is They’ll Remember My Name, a very rock piece with almost grunge influences, a dirty and energetic sound with a sung full of effects and echo, almost to give it a gothic flavor. There are also country rock unscheduled as in Working Hands, with a banjo carpet and lots of speed. A convincing song and a powerful voice, a song to run at full speed. There is also room for a nice acoustic ballad with a strong melancholy flavor, A Warm Grave is a song that celebrates with a veil of sadness the good times past but it is an instant the slowdown of emotions because with the next Don’t Call Me Baby you return to a strong rock flavor with country sprays, energy and guitars. The text on love gone wrong because of the answers searched in the wrong places and drugs gives a piece of strong character and the guitar almost garage does nothing but increase the impact. Beautiful the work of the guitars in I’ll Find My Way Home with a nice carpet of keyboards to fatten the sound, the groove takes you and the turns of the electric that overlaps the acoustics like to every listening more. The album ends with Just Driving Around a nice country song, perhaps the most country of the 10, a nice ride under the sun, worthy of a nice fun and well played record. Surely live some songs will be even more taken, we wait for the next stage of a good independent career, rock energetic and country, without thinking of the charts but only to do what satisfies your soul.

(you can find italian version of this article in the blog at this link : https://trexroads.altervista.org/prince-of-poverty-&-the-winterkill-band-2021/ ‎)