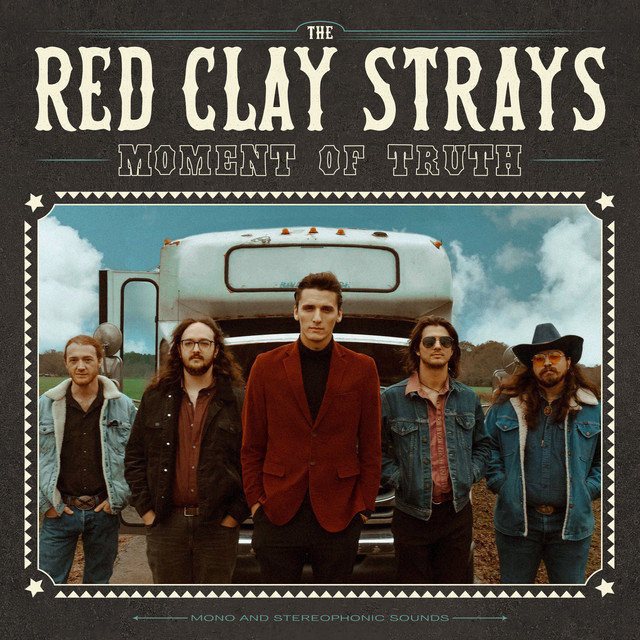 Today the Trex Road takes you to the discovery of the Southern Music of the States, of what is now one of the most popular bands there. A group of young artists with excellent talent who make the sound that has made the history of modern American music more relevant than anyone. A sound that starts from classic country mixes with rock with rock-a-billy to move everything and soul makes the atmosphere warm and enveloping. An explosive and unique mix that has put these guys on the map of bands to keep an eye on for 5 years. 5 years on the road, so it was their beginning of career. Hard work, tiring, but rewarding. I discovered them thanks to my many connections to the stars and stripes of the internet. I saw some crazy live videos and I immediately realized that a band like this couldn’t stay off the radar of quality independent music fans for a long time. The Red Clay Strays come from the Gulf coast of Mexico, from Mobile, Alabama, from the southernmost south that you can not, and it is said that for years, after signing a contract with a record label, they worked on this debut. Indeed we could say fought and quarreled for this debut, with producers who wanted them different, they wanted to cage their sound in a nice shell to sell it better. Well aware of having a strong followers base, on the other hand their shows were always sold-out, they decided to ask for their assistance, collecting more than they needed. The decision was made: independent and analog. Two words that combined with talent usually give always a good result. It’s always hard to capture on tape the energy that a band releases live, especially if that band is just famous to iron and fire the axes of the stages of clubs in all the States. That’s why recording a record with equipment that captures live sounds has helped a lot to not disperse this explosive energy. The band is formed by singer/guitarist Brandon Coleman, Drew Nix guitar and harmonica, Zach Rishel guitar, Andrew Bishop bass and John Hall drums. A compact and talented group that gives us 12 pieces that sound fresh and impactful, but with a sound that gently scratches the soul like a stylus of the 50s scratched a vinyl Sun Records. An exciting and damn fun trip aboard a flaming Cadillac convertible on the streets of Memphis, Nashville, Tulsa and Luckenbach, without pauses and as if we were at the edge of their stage to push our hands with applause and sing at the top of our lungs. A good feeling. You want to get in the Cadillac? Press play and start Stone’s Throw, the pulsating bass and the intense and exciting voice of Coleman, the electric soul flavor. You can feel the stage shaking to the rhythm of feet beating. The title track is a rarefied sound of guitar, a piece that Brandon Coleman’s voice elevates, a capital performance. The singing gets goosebumps, but then comes a guitar riff that increases the pathos of a wonderful piece. Old, but new. A beauty that sparkles in the sun. Do Me Wrong is a soul rock ballad as used on the streets of Memphis, one of those sounds captured by the Sun Records reels. As if we were on the De Lorean of “Back to the Future” we find ourselves on the streets of a town of the 50s and we like it up to the emotion. Southern rock peeks into the Ghosts riff, always with that old-fashioned soul, always swinging between the humidity of the Gulf and the sun of the desert streets. The piano and guitar, the production, this sound is joy for the timpani. The solo then dazzles and disappears in a second. Country rock and rock-a-billy in a 50’s diner blender: here’s to you She’s No Good. Try to stay still and I’ll buy you a drink! The beautiful album closes with Doin’ Time, a rock once again with a southern flavor, guitars that create a fascinating riff and the voice of Coleman never banal. Rhythmic beating and electric lashes, fun and lots of feeling. An exceptional debut, which keeps 5 years of great promise. A casket that contains all the energy of their concert without dispersing it and, thanks to a perfect production, gives it a depth that only a studio can give you. An album to listen to and listen to, to dream a journey through time, to dream of the music of the past, but that does not smell of mold, just a pleasant taste of quality music.

(you can find original italian article at this link : https://www.ticinonotizie.it/the-red-clay-strays-moment-of-truth-2022-by-trex-roads/ )