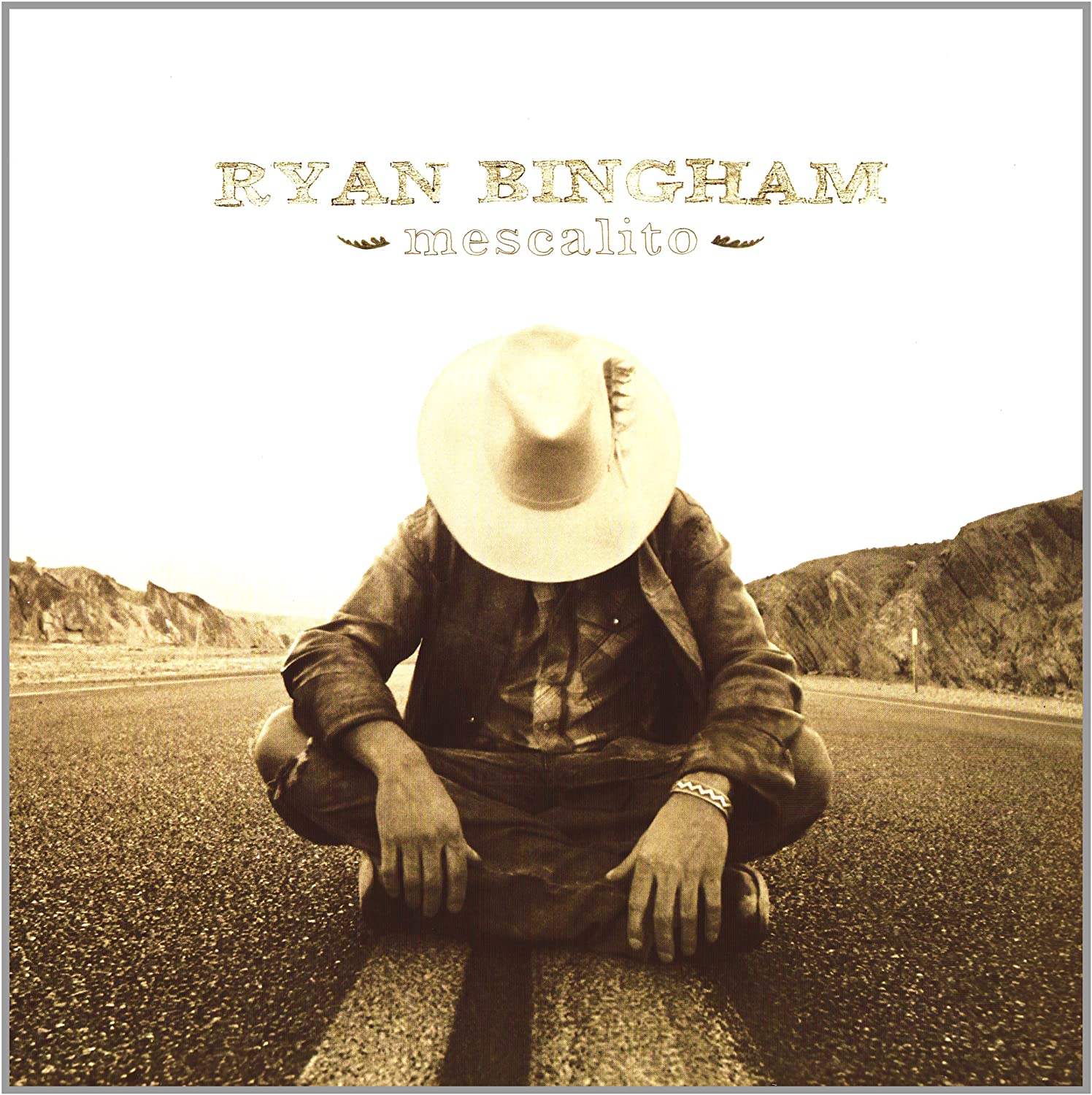 If you’re a fan of American TV series like yours truly, surely you’ve heard or seen the new series broadcast by Sky called Yellowstone. A raw and modern western, a family saga set among the Montana breeders, struggling with speculators and Native Americans. As for me, one of the most beautiful, true and intense series of recent years and its main interpreter should already be a guarantee in this regard : Kevin Costner. This TV preamble is necessary to make you better understand who Ryan Bingham is, an alternative country rock singer with pure talent but also a very good actor who in the series created by Taylor Sheridan plays a cowboy (a good choice considering the story of Bingham, who during his youth kept himself working in the rodeo and also riding bulls) such Walker just got out of prison. The album in question is his debut for a record label (Lost Highway Records) after having self-produced 3 albums (one in 2002 and two in 2006), is the result of an intense life on the road with his band, Dead Horses, and in fact some of the songs of this Mescalito, were already present on previous works. The album is not new then but released in 2007 but it deserves to be rediscovered because it is a real jewel and is one of the most exciting debut that we have heard in recent years. The production is entrusted to the guitarist of Black Crowes, southern rock band that in the 90s gave a shock to the market bringing back in vogue a genre that had fallen a bit into oblivion in the terrible 80s, Marc Ford who cleverly guides Bingham through the shores known to him but then leaves the talent of the Texan cowboy free, without gender boundaries. The album, which also makes use of the collaboration of two legends of Texas music, namely Joe Ely and Terry Allen, ranges from country to rock, from folk to Dylan to blues and bluegrass without ever giving the impression of getting tired or not convincing. Over the years Bingham has confirmed his ability to ride (and who if not him?) different styles, albums that have never had a precise cataloging but always inspired by his land and his experiences related to the real country. In the record the sound can vary from Bob Dylan to the Stones but also to the Boss, it’s a long work, 14 pieces, but it runs away as fast as a ride in the prairies with the air on the face, it does not leave disappointed and you want to resume listening immediately, so convincing works are rare. To be kidnapped just the first song, Southside of Heaven, the acoustics and the harmonica, his hoarse voice consumed by alcohol and smoke (despite being 25 years old at the time) and the storytelling author true. The song just like a ride goes up in tone and the sound of the banjo, which was a light carpet, explodes together with the electric guitar giving us a record opening that does not leave indifferent. The absolute masterpiece, a song that you will have heard right in Yellowstone, is Bread & Water that starts as a dream, with an almost dreamlike sound that grows accompanied by rhythm and banjo but then explodes with a strong southern flavor, slide guitar and not-so-veiled quote from Lynyrd Skynyrd. The rhythm is hellish and you can not stand still to the beat of hands, a cool song fun and never trivial. Chapeau! The memories of his travels in New Mexico have left their mark and disguised as mariachi in a convincing spanish Bingham sings us Borracho Station and looking at the cover of the record we imagine him at the edge of an endless road together with his trusty guitar sing this sad-hearted piece. The appearance of the great Terry Allen in Ghost of Travelin’ Jones, is not casual, the piece is a clear tribute to him and to those funny and intense ballads that the country Texan has given to the world of American music. Roots are always important and you never have to deny them, a great piece with a killer groove. In theory it would be the debut of a young author but up to now it looks like a record of a singer-songwriter and already master of his music. I could mention Dollar a Day, a country rock to sing in one of the clubs where the good Bingham in the south of the States was already a legend before the debut, or the beautiful and intense ballad Long Way From Georgia that gives us a first-rate vocal performance. There’s room for all lovers of American music, even for the orphans of the great Tom Petty in Take It Easy Mama, a fresh and fast-paced song or for the nostalgic of the golden years with the cover of For What it’s Worth that Ryan bravely sings in a very personal way, almost forgetting the original. A debut that should by right enter the ranks of the new classics of American music, not a note out of place, not a wrong word, by the beautiful cover where anyone can play the role of that cowboy head down in the middle of life, to the production (and guitar slide) of Ford never invasive but decisive, to the hoarse and disarming voice of an artist who already at the beginning was credible as a singer-songwriter close to retirement. Lovers of American music should not miss it, if they do not know it already, for everyone else the advice is to sit and listen, if you love the quality here you will certainly find and be sure will not disappoint, indeed.ù

(you can find original italian article at this link : https://www.ticinonotizie.it/ascoltati-da-noi-per-voi-a-cura-di-claudio-trezzani-ryan-bingham-mescalito-2007/ ) 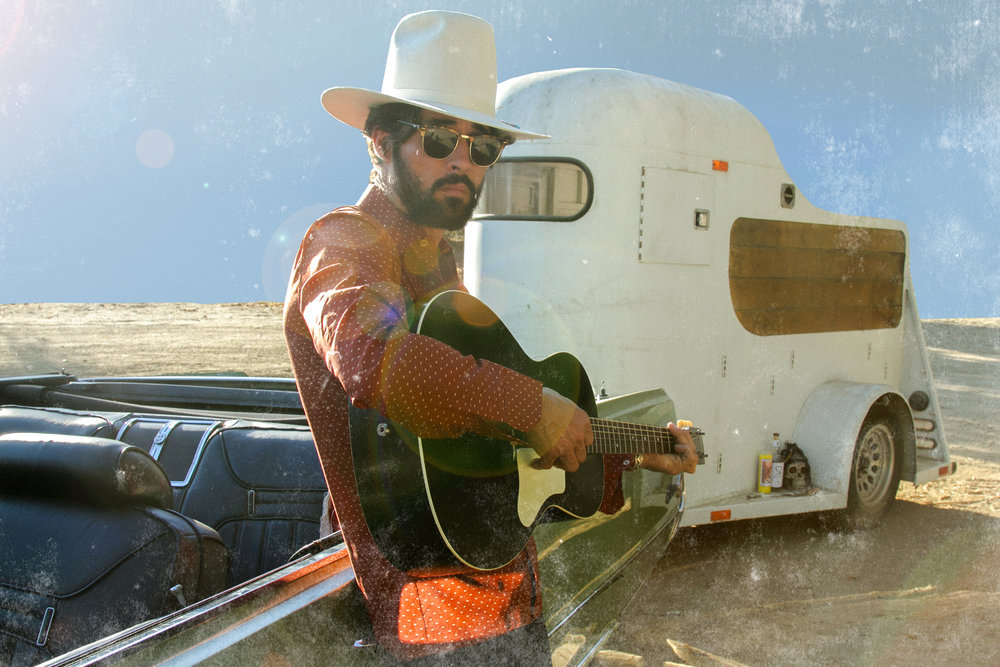