Sometimes the streets of independent music take me to unexpected places and you discover artists with sparkling talent, with my numerous knowledge inserted in the American musical circuits, every week there are new gems to discover, new poems to sing, New discoveries to share. Lately I discovered this guy who has an origin when you can think further away from the music he plays and loves (and that I love too). He plays an intense blues with a very country and folk soul, a very American genre but Zack Dust has Croatian origins and is living his American dream as a musician. He has a sharp and incisive voice and a way of playing his acoustics that has much of the typical country storyteller, one that you would listen to hours under a porch or in front of a beautiful bonfire. His musical adventure begins with a rock band from his native country (Varazdin, Croatia) and is now continuing as an appreciated solo artist. He has already released two albums: The Other Side of the Ocean (2010) and Justice (2013). They are two records that I really liked, they have a very American sound, the influences are many: from blues to soul, country, rock but also folk. A versatile and talented artist, never banal, I loved songs like Seize the Day, with the slide and that western flavor or Ramblin’ and Drinkin’ with that intro almost blues-soul but which then flows into a beautiful country rock sunny and really fun. 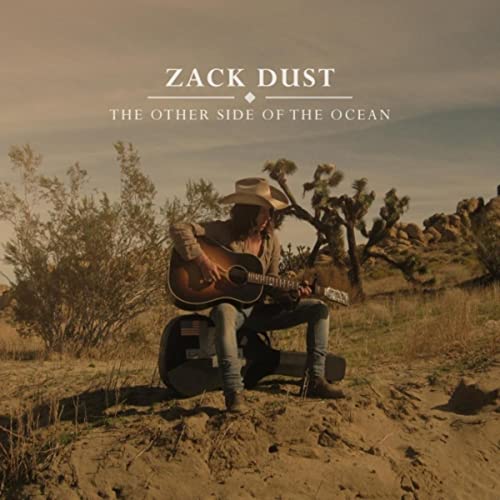 Today I am lucky to have him with us and to be able to take away some curiosity (only some but I would really have many) because as well as a great musician, he also has an interesting story. It’s not every day you meet someone who is living the famous American dream and who will record (or is recording) his new record along with mythical artists of the country and American rock firmament.

Hello Zack, first of all thanks for your time. Let’s start by asking you to tell us a bit about your story. How was it crossing the Ocean and changing life, becoming “American”? I guess the difference is very big, especially on a musical level.

Hi Claudio, it’s a pleasure to be doing this interview! Well, I never moved there for good as much as I would like to and still hope I will but I was there for quite a while. I travelled a lot, going back and forward sometimes more than once a year. My producers and most of the musicians I’ve worked with are from Los Angeles so that was my base for years. I like it in the States, especially considering the music and how much you can learn and improve yourself as a writer and a musician. There are much more concerts, great music and in the end, more chance to play and present your work to the people.

I listened to your first two records and was really impressed by your talent and the many influences that blend into your sound. Which are the artists you loved the most and who inspired you? Do you have a band that follows you or choose from time to time?

Thank you, I’m so glad you like it! Spread the word! I am a big fan of outlaw country, writers and singers like Willie Nelson, Kris Kristofferson, Waylon Jennings and so on. Kris is one of my favorite songwriters and Hank is the bible! I love a lot of music genres, bluegrass, blues, rock and roll, funk…if it’s good music it’s good music. I can get inspired by Prince on monday and by JJ Cale the next day. That’s the beauty of it. Don’t limit yourself! In the States I was working with a lot of different musicians, it depended of who was available. Now I have a steady band here in Croatia, but I don’t know how that’s gonna work out when I go back to the States. We’ll see, I am planning to play a lot in Europe too and my current band is really good. 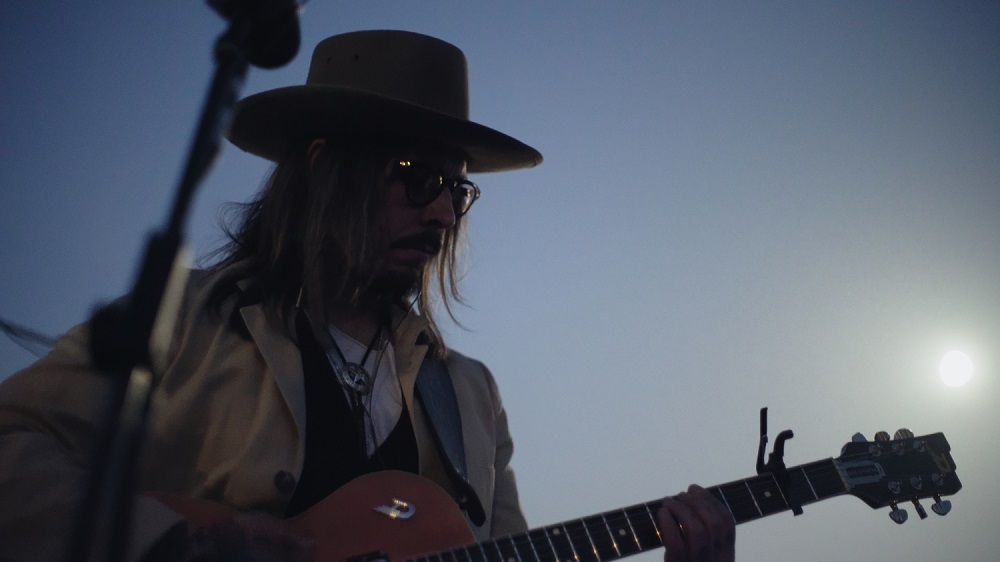 You mentioned your new record. Is it still being recorded or is it coming out? What will it be called? You recorded again in Los Angeles with the same musicians? I heard that Cowboy Eddie Long and Mickey Raphael are playing on your record, what was it like playing with real living American country legends?

Yes, so excited about it! Can’t wait, I haven’t recorded anything for a couple of years now. Recording process is finished but the album still has to be mixed and mastered. I am still looking and deciding for who to sign. I don’t have a label at the moment. I hope the album will be released by the end of the year. Working name is “I Can Still Shine” but there is still time to change it ☺ Most of the musicians that worked on this record are from Nashville. Stacy Michelle from Kid Rock lives in Memphis, Sharlotte Gibson and Maxayn Lewis are from L.A. and the he rest of the folks are from Nashville. Eddie Long, Mickey Raphael, Darrell Scott (we did a duet for this record); they are all “out of this world” musicians, they simply know how to do it and working with them was easy, inspiring and emotional! The years of experience on the road and in the studio with the people they played with has to have some affect.

Will the new record be followed by an American tour in live clubs? How is it to play live in the United States? I follow American country independent music a lot and I know how important live shows and word of mouth are, in Europe unfortunately it works differently.

I sure hope it will, I toured a lot after my first record and we did a lot of club gigs, some were great and some were not so great but that’s the way it goes. Don’t have a label now or a manager so it’s gonna be a challenge for sure but I hope I will make it happen. My favorite part is playing live gigs and playing in the States was always fun but everything else around it was hard; booking, traveling, surviving. A word of mouth spreads fast there and you can get fans much quicker in the States. That’s what still works the best in the country music world. Play, play, play! Every chance you get you gotta take it!

Do you have family and friends in Croatia?  Do they follow your American dream? Maybe you’ll go on a European tour in the future? Would you like to? Or maybe you’ve already given European concerts?

Of course I do. I have family here as well as friends. I am home at the moment and like I said before, I am rehearsing with my band in Croatia, getting ready for concerts. I would love to do the European tour and I would love to visit and play in Italy! On the other hand, Croatia didn’t follow my American career, I never had any support from Croatian music scene and industry, I guess they never cared.

Last question, recommend to our readers one of your songs (I obviously recommend to listen to both his really beautiful records!!!) that represents you better.

Hm, If I had to recommend one song in this very moment it would probably be “Lay Down Your Guns” from my first album. Goes well with the situation the world is in right now.

Thanks Zack for the availability and good luck for your album out (which I will definitely talk about soon), we hope to see you one day in our country for a nice concert and get to know you live.

Thank you for the questions and I really hope to see you soon in Italy!

(you can find original italian article at this link : https://www.ticinonotizie.it/intervista-con-zack-dust-blues-dallanima-croata-fra-il-country-e-la-poesia-del-folk/ ) 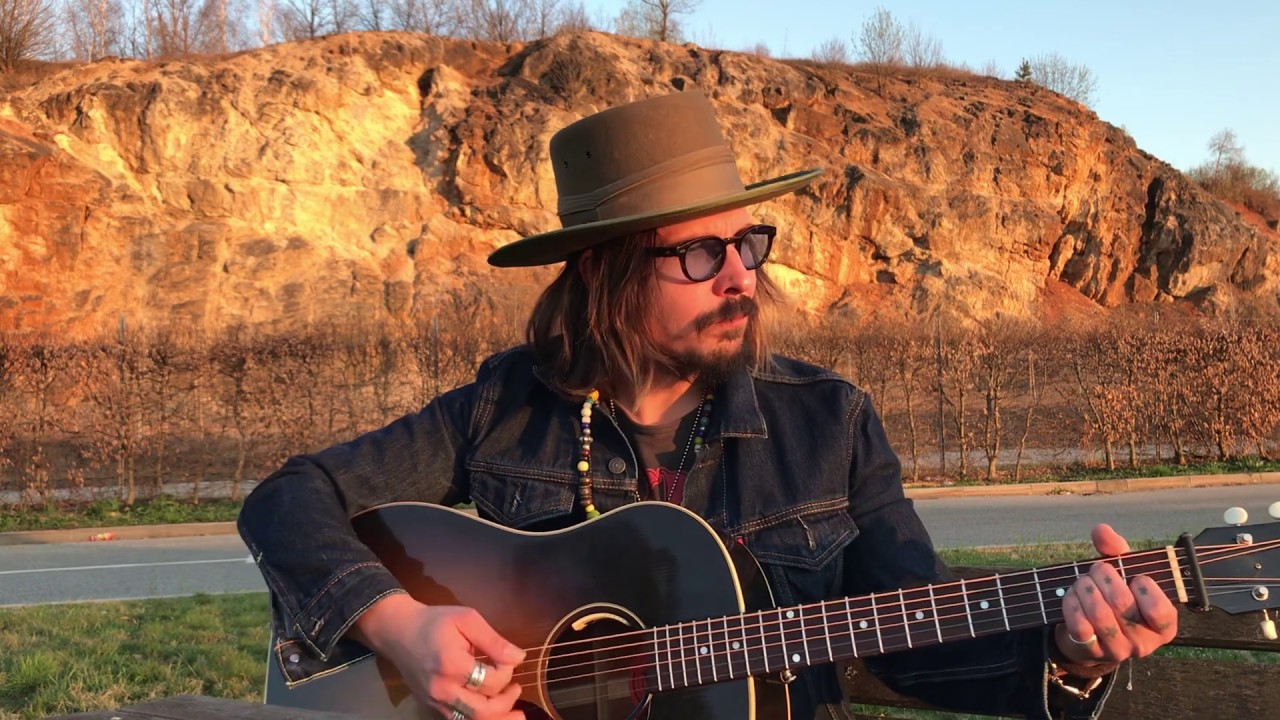 Today the Trex Road deviates from its usual route. I usually talk about independent country and ...