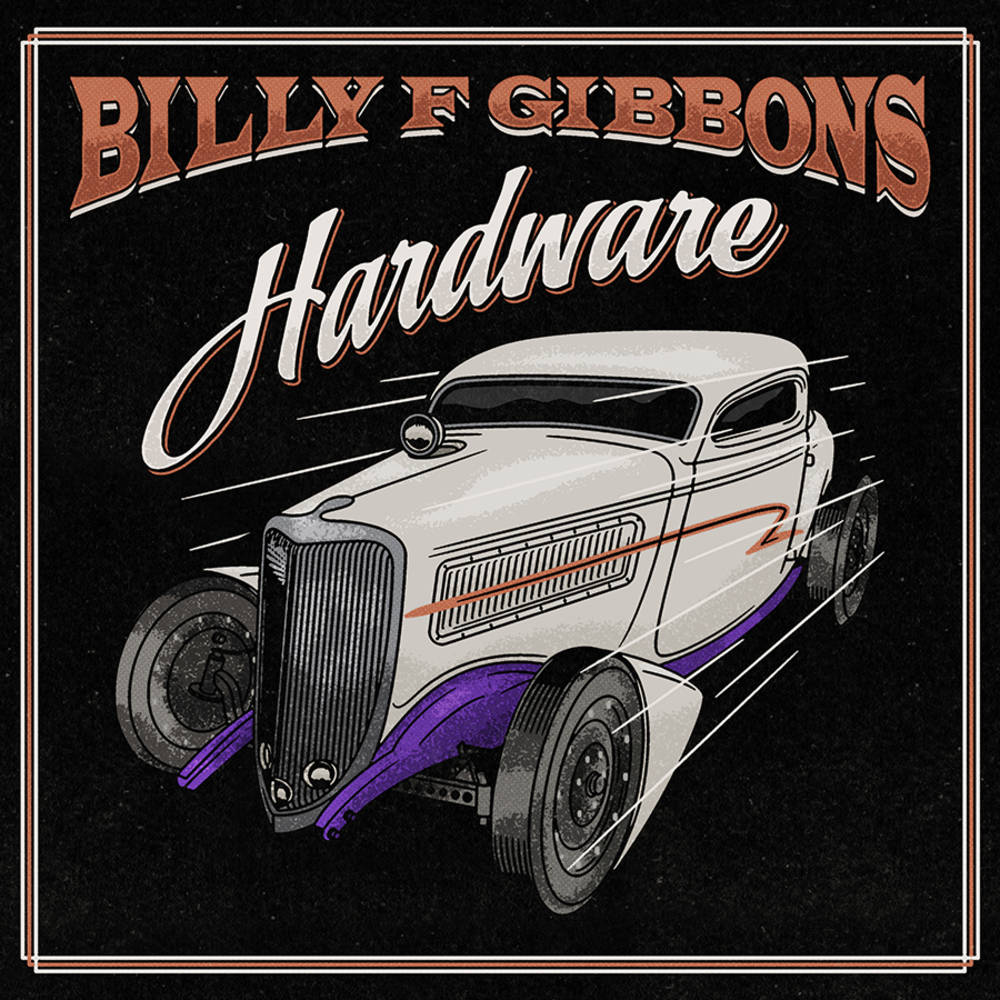 If you love American rock, maybe with a splash of hard rock you will know the Texas band ZZ Top. The iconic beards of the two leaders Dusty Hill and Billy F Gibbons. A band that over the years has gone from a dusty and sour blues rock to a very electronic commercial rock (in the terrible 80s) and then to a dirty and eventful hard rock. A legendary band that conquered the world from its native Texas, endless sales charts and tours. Here Billy F Gibbons is one of the most important and influential guitarists in the history of rock music, his dirty and oscillating sound between blues and rock influenced generations of young guitarists and still today is admired and loved. The 1949 class has reached such an artistic maturity and such a level that by now it seems almost tired of its original band and is looking for new musical ways but also old and began a solo career arrived at the third effort. Here is the start was not the best, in 2015 he debuted with Perfectamundo, an attempt to mismanage in my opinion (but also in terms of sales and criticism) to mix Caribbean sounds to the blues with a splash of modernity that makes it appear an attempt to look for the new, almost a willingness to amaze at all costs that he did not pay. Here instead that in 2018 with Big Bad Blues our Billy remembers that he was one of the first to play a certain type of blues rock and gives us a wonderful record where his guitar and his voice grate the air soaking the boxes of dust of the Texas desert. It seemed to be back in the early ’70s when with his newborn ZZ Top the good Billy was ready to conquer the lovers of rock and blues. But here we are at this new effort, Hardware, 12 tracks recorded at Escape Studios near Palm Springs, in the desert of California, among cactus and rattlesnakes that have influenced the sound of Gibbons and his band. The dirty and enveloping riffs of My Lucky Card immediately make clear what the direction of the song will be, blues rock groove and much desert. Billy’s voice is like sandpaper, it hurts scratches and it doesn’t cut. The solo is of a seventy-year beauty, a piece that revives the splendor of an artist so important for the stars and stripes that it hurts to think that he lost so many years behind commercial rock. A talent that seemed wasted forever. As the same bearded Texan said, the desert is not only the background but it was also inspiration and you can hear it in all the tracks, dirty guitars and rhythmic tightened but always with that melancholy background that only the desert its spaces, his skies and his habitants can give you. The next hilarious She’s On Fire stands out for the work of the guitar, the fingers of Gibbons still flying safely on the six strings and cut the air as in the golden years. More-More-More is rock soul blues, dirty fat riffs and that voice with a unique brand and character, but the inserts of the choirs that seem to take inspiration from surf rock more than hard rock. The whole album is a difficult setting, there are rock songs, hard rock but also some commercial inspiration, as if the desire to not be cataloged never abandons the writing of BFG. The guitar is certainly always in the foreground, the absolute protagonist as in the riff of Shuffle, Step & Slide or in the beautiful duet with the female band Larkin Poe, Stackin’ Bones. Frantic rhythm and choirs that also seem to come from nearby California. There is also room for a very successful cover of the legendary band Texas Tornados, Hey Baby, Que Paso, where the tex-mex is watered in a nice fat and scratchy sound. The work ends with a tribute to the atmosphere of the Californian desert that as Gibbons told us was decisive. Desert High is a dreamy piece, which seems almost dreamlike with the voice so intense, so hoarse that it is accompanied by a rhythm just mentioned and the beautiful Texan guitar. A piece that in addition to being a tribute to the desert, also seems to be a tribute to the Californian psychedelia rock. Certainly unsettling but perhaps the piece that struck me most of the record, different but really exciting. It testifies to the skill of Billy F Gibbons, musician who when he wants is really brilliant. A record that with character and intensity makes us cross the California desert on a racing car, dodging cactus snakes without stopping, except when we admire the sky to the stars and we understand in the end the immensity and beauty. A work that is also in the title a dedication to the late Joe Hardy, sound engineer with the ZZ Top for over 35 years. If you love American rock, don’t let it get away.

(you can find original italian article at this link : https://www.ticinonotizie.it/billy-f-gibbons-hardware-2021-by-trex-roads/?fbclid=IwAR3CSpTBTf_RLgt90v9C6le9Cd97peK2Ls0t82dfViFbqZpPGJxR851K8l0 ) 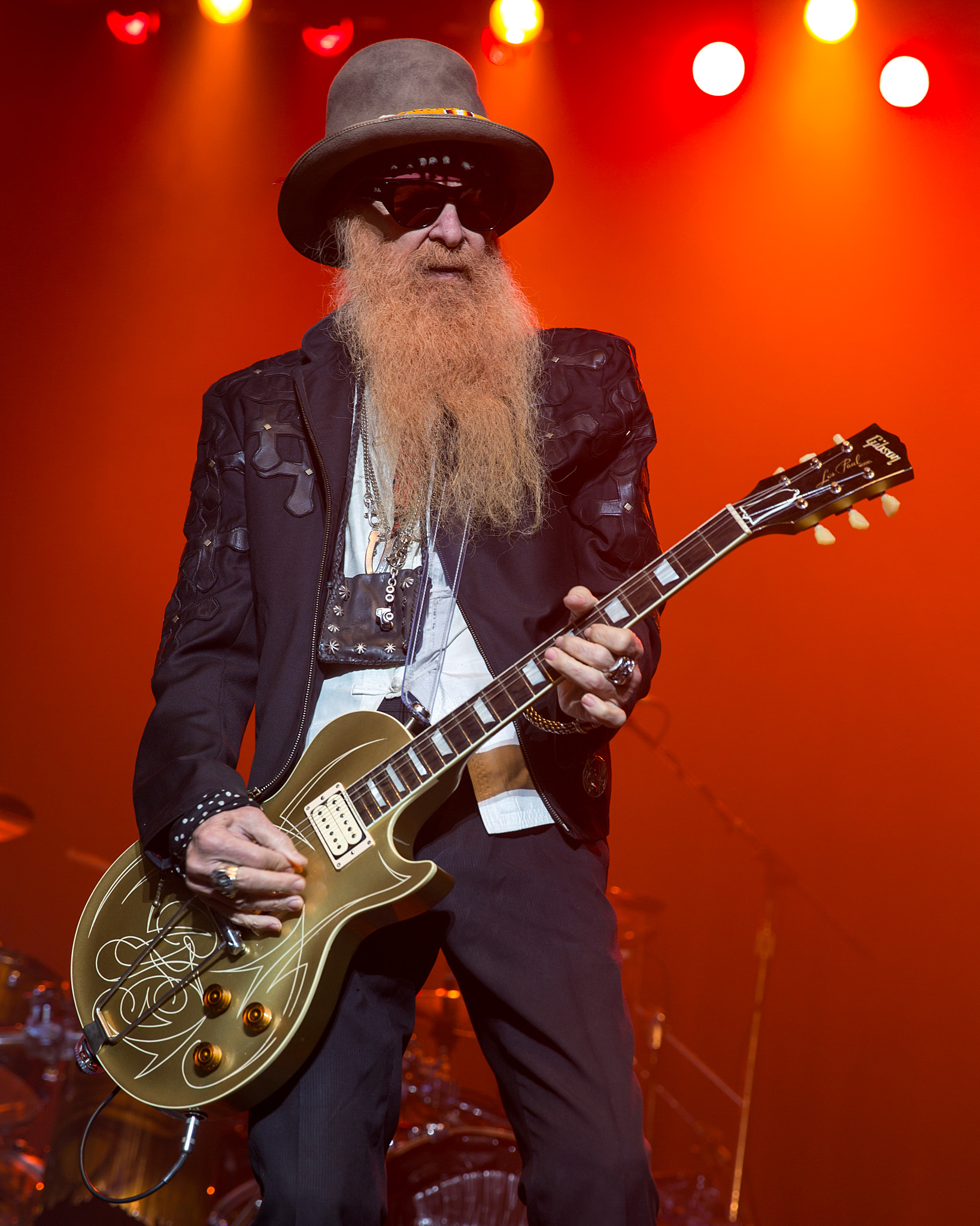 Today my journey deviates, not from the land where my musical travels usually depart, namely Tex ...