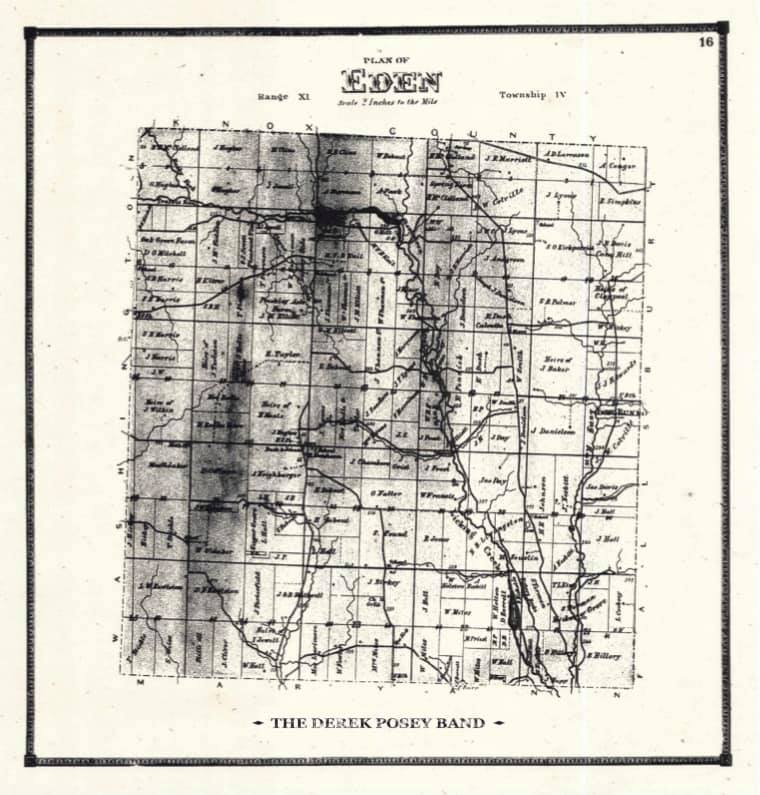 When from distant Italy, I discover new independent artists in the thick undergrowth of American country and rock music, I feel a real joy and I can’t wait to hear what they have to say and to sing. The reservoirs of American quality music are really endless, a bit like the extension of the United States, many states, many people and many different influences. Maybe it’s all here, merging influences and always trying to be yourself, without distorting to seek success. We must certainly consider that the journey will be tiring to make its way in word of mouth and live circuits, will be many kilometers, many dirty and dusty clubs, nights on the road but I think the satisfaction of seeing your music climb the liking and have a following, is incomparable. Unless you want shiny shortcuts, of course. Here’s Derek Posey from Newark, Ohio is a guy who from 2015 to today began this journey, his guitar, his music and his band around the States and his live clubs. Today he is a solo artist, he no longer has a band but his music is always her, a country with a strong rock character, a sound that is also influenced by red dirt of Texas matrix. On the album they play with him on pedal-steel, dobro and also behind the production console Brandon Bankes, guitars Bobby Whiters, bass Jeff Bass, drums Ben Anderson and violin Michael Cleveland. Press play and let yourself be enveloped by the sunny and engaging rhythm of Richest Man In Town, guitars on the shields but with that pedal-steel carpet that takes us directly between the boards of a Texas saloon after having made a nice trip on the road on those roads that seem never to end. Derek’s voice is really remarkable, powerful and intense a bit like the sound of their guitars and their solos. The trip has just started but we can already understand that in the 5 pieces that make up their debut record, there will be no room for boredom and banality. The dust envelops our speakers, as in a western in the intro of Walking Where The Devil Dances, a powerful ballad inspired by outlaw country, many guitars and inspired lyrics, do not take prisoners here. Maybe my favorite of the five songs. Beautiful also the final solo. It gets into the honky tonk with the next Holdin’ Back, guitars with irresistible groove, desire to move and we are sure that live, in their endless tours, this song will be one of the most loved to unleash. Guaranteed fun and what about the final solo? Perfectly set! You don’t invent anything here but you are inspired with passion and talent to the sound of the past, that sound that influenced Derek’s youth, between a football game and the study. Also beautiful is the intense country rock ballad Soundtrack of a Roughneck, vocal performance to frame and a lot of feeling. Guitars are always scratchy and solos are never trivial and raise the quality of an almost perfect production. Clean sound and character comes out of our speakers. The title track closes the work with a delightful carpet of violins, but it is always the guitars that give intensity to a nice piece of country style Texan flavor. Our friend was not born in the Lone Star State but his inspiration and his music will find proselytes there and among those who love those sounds, including me. We are sure that this start with the accelerator of quality already pressed on high levels will allow Derek Posey to expand his following and we can not wait to find him with his next record, maybe with a full album, after obviously setting fire to thousands of other clubs, as it has been doing for 6 years now. Maybe with an increasing following and I’m almost sure of that. Find out if you love those sounds will conquer you.

(you can find original italian article at this link : https://www.ticinonotizie.it/derek-posey-band-eden-2021-by-trex-roads/ )