My passion for country music was born by listening to the artists who inspired T.J. Hernandez : Waylon Jennings, Merle Haggard and Willie Nelson. Known in the world of American music as Outlaws because they had declined country music in a personal way, mixing it with blues sounds, folk, keeping her away (so said the purists) from its original spirit, but this is a long story. T.J. did not immediately follow the dream of becoming a musician, you know life is sometimes unpredictable but in 2008 came out a record that for many has meant a lot, a real jewel that gave life to the outlaw country movement, modernizing it but leaving intact the spirit and that is That Lonesome Song (2008) of the mythical bearded Jamey Johnson, fantastic artist with a deep unmistakable voice. Here the release of this album sparked the spark even in T.J. Hernandez and the desire to dream came back bossy in him and in many others. The independent music scene in the country since 2008 has had an exceptional qualitative surge and then in recent years has produced incredible artists who unfortunately at this very difficult time because of this damn virus, are having many difficulties (they depend on the live life of concerts around the States) and that the network and the internet is helping to keep online floating: music streaming but above all exceptional concerts from home that enter our distant homes but equally eager for great music and true feelings. First artists like Chris Stapleton, Cody Jinks and Whitey Morgan, who have made a bang in the American charts then almost taking courage the various Creed Fisher and Mickey Lamantia and many others, they have established themselves in the live circuits of the country in Texas but also in the rest of the United States and now we can also say our T.J. Hernandez, entered by right in the category of the best independent countrymen before with the excellent debut with the EP Who I Am of 2018 and now with this real debut Destination Unknown. 11 pieces of pure country outlaw, just listen to the opener Hair of The Dog, dirty guitars and deep voice, real feelings and played for real, the honky tonk rhythm takes immediately and you want to dance on the boards of some dusty bars in the south of the USA. There is room for intense ballads like Between a Woman and a Song, delicate acoustic guitar and pedal steel, but it’s the warm and persuasive voice of Hernandez that makes the difference and his reference Jamey Johnson is not so far away. To raise the dust we think the next Desperate Man, western trend, irresistible riff and so much passion, tells of real life and you always have the feeling that the nostalgia for a simpler and less complicated past, always hovers in his lyrics so intense. The skill of narrator is clear but also the sound that has always inspired him, as in Catch Me If You Can where among the notes emerges a Waylon Jennings last way, the real Nashville where with a dollar you could record and have a name among the locals, where the importance made it quality music as in the new independent country movement. The title-track is a half-ballad that starts acoustically and then rides solar to an unknown destination, a bit like life that every day gives something unexpected and the current situation is the perfect background of a song so, hope and desire for the future. A record to listen to in one breath, intense feelings and a voice that tells them that enters you, taste of whiskey but also dust, if you love the Outlaws, the non-commercial country do not miss the talent of T.J. Hernandez, He waits to be known and that his music travels online to a known destination : a deserved success. Long live independent country!

(you can find original italian article at this link : https://www.ticinonotizie.it/ascoltati-da-noi-per-voi-di-claudio-trezzani-t-j-hernandez-destination-unkown-2020/ ) 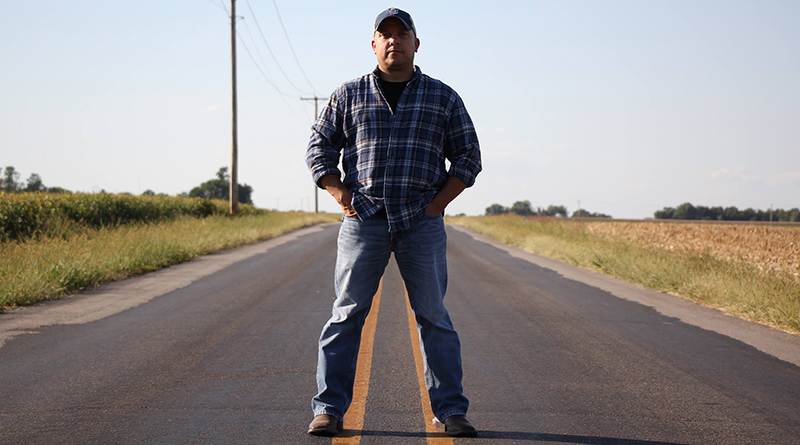