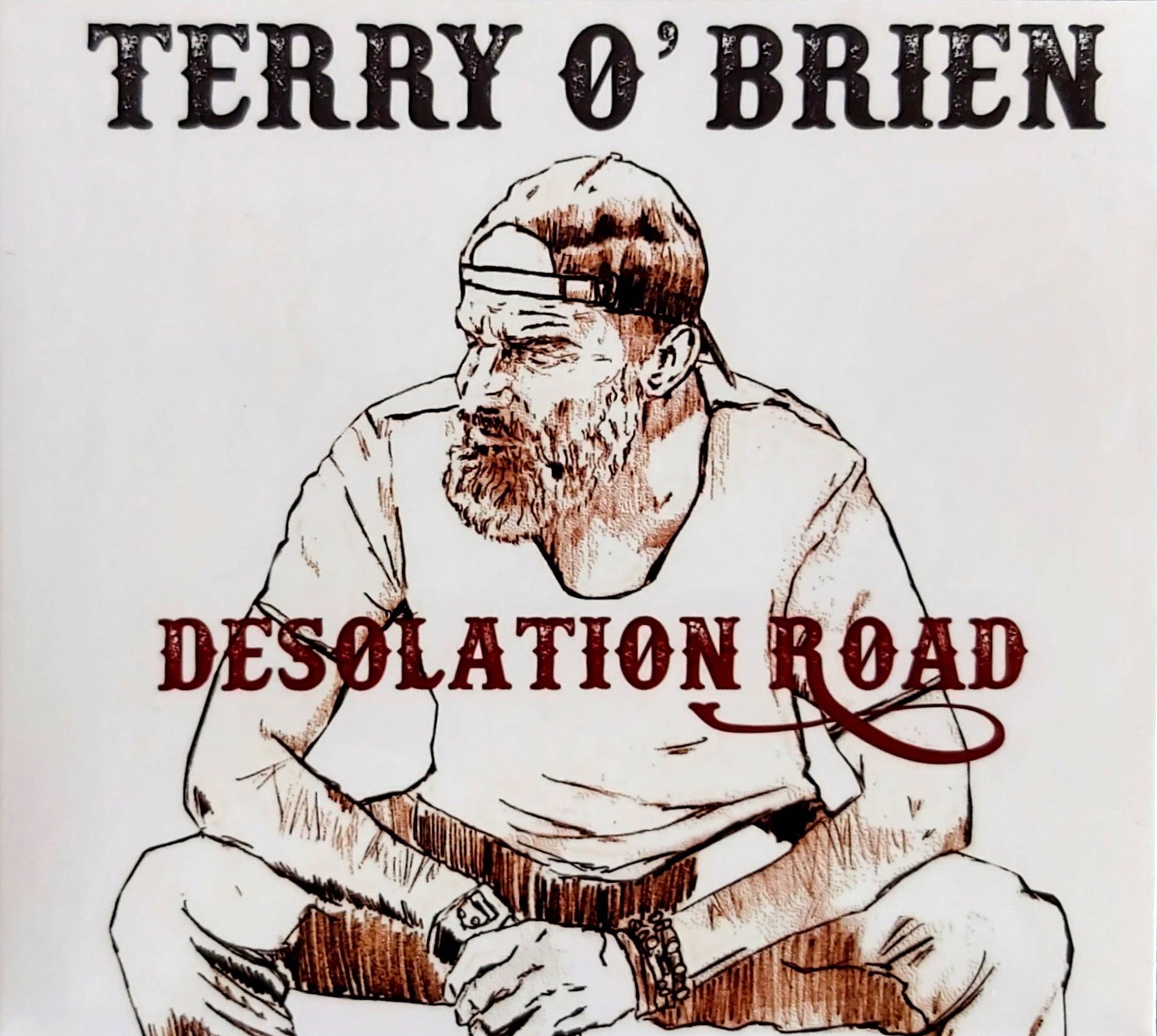 Discovering new talents in the immense world of independent country folk music is a quest that has no boundaries, although obviously the most important reservoir and also the one where these sounds and feelings were born, are the United States. Today I’m going to talk about an artist who lives far away from Texas, Kentucky, Alabama, lives in a different world but dreams about it all the time. There are people, like myself, who express his love for that land by writing about his music and his poems (because that’s what they are) and there are people who are kissed by the same talent that artists from overseas try to live their American dream. Terry O’Brien was helped, because it’s true he was born in France but his family has the art of music in DNA and this is seen in these 10 songs that are his debut record. Although he now knows it because “we frequent” the same love for the same American artists, Cody Jinks above all, is also a mysterious man who deserves to be discovered. His logo is perfectly explanatory to the character that is as they like to call him and that is a “bear”, so apparently lonely and grumpy but it is only an image, in reality he is a true poet and his lyrics must be savoured. The music that comes out of the speakers when you start the title-track is dry, rhythmic just hinted and acoustic guitar (with a bit of slide in the background), nothing else. And then his voice, intense and evocative that accompanies us in a journey steeped in melancholy and a deep sadness that never abandons its pieces. Over Me is the most explanatory of this latent feeling, a piece that Terry wrote in one of his darkest and most difficult moments and feels. The text and the atmosphere are “heavy”, a marriage that fails and the children who go away with the ex-wife leaving the house empty must be a terrible experience. The song is a country folk song wrapped in the fog of a cold morning, without sun and flowers, as was the soul of the singer that day. Almost a painting painted at that time so bad. Beautiful also the memory of the father in the next My Daddy’s Eyes, the words of the parent, his advice for the future, always a feeling of latent sadness but the sound of hope peeps out when the artist thinks about the future and how to make his father proud. Ride To Vegas is a folk singer-songwriter Dylan if we want to find a comparison, a song even here very melancholy, memories that hurt and a voice that seems made to tell stories like that. My favorite is The River, an acoustic country that I imagine in a nice “full-band electric” concert, an intense piece dedicated to veterans and military who gave their lives for the country and for an ideal. The call of the road in The Road (sorry for word pan) is almost an announcement of life that we hope awaits our friend Terry, roads to go, mountains to see, rivers to wade and many new dreams to live, maybe on the other side of the ocean where this music is part of people’s lives and where the places to play and explode the word of mouth (the fuel of every independent musician) are really many. Endless opportunities for those who believe and have talent. A record not easy to listen, very singer-songwriter and melancholy, but the voice of Terry O’Brien and his poems deserve absolutely attention and despite being French his American soul will conquer you. As well as a performer, he is also an author and in fact collaborates with American artists such as the southern rock band Blacktop Ridge. We have no doubt that this is just the beginning and I will tell you more about this French guy, with an outlaw beard, an American soul and tormented feelings, maybe of one of his records recorded in Nashville, who knows. Good luck to Terry.

(you can find original italian article at this link : https://www.ticinonotizie.it/terry-obrien-desolation-road-2021-by-trex-roads/ ) 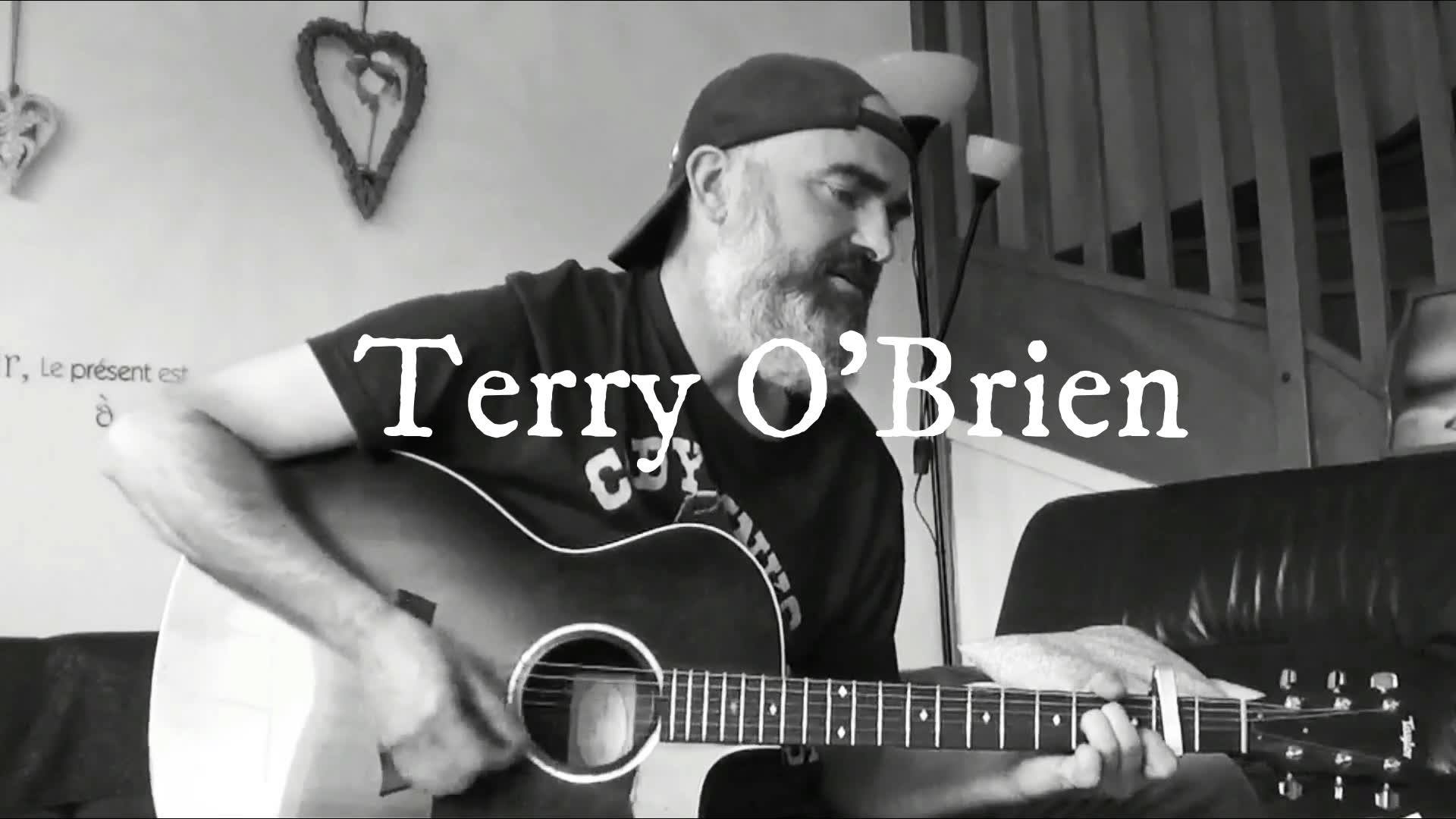 There are records that I can’t review straight away, or I can, but I always risk to seem exagg ...