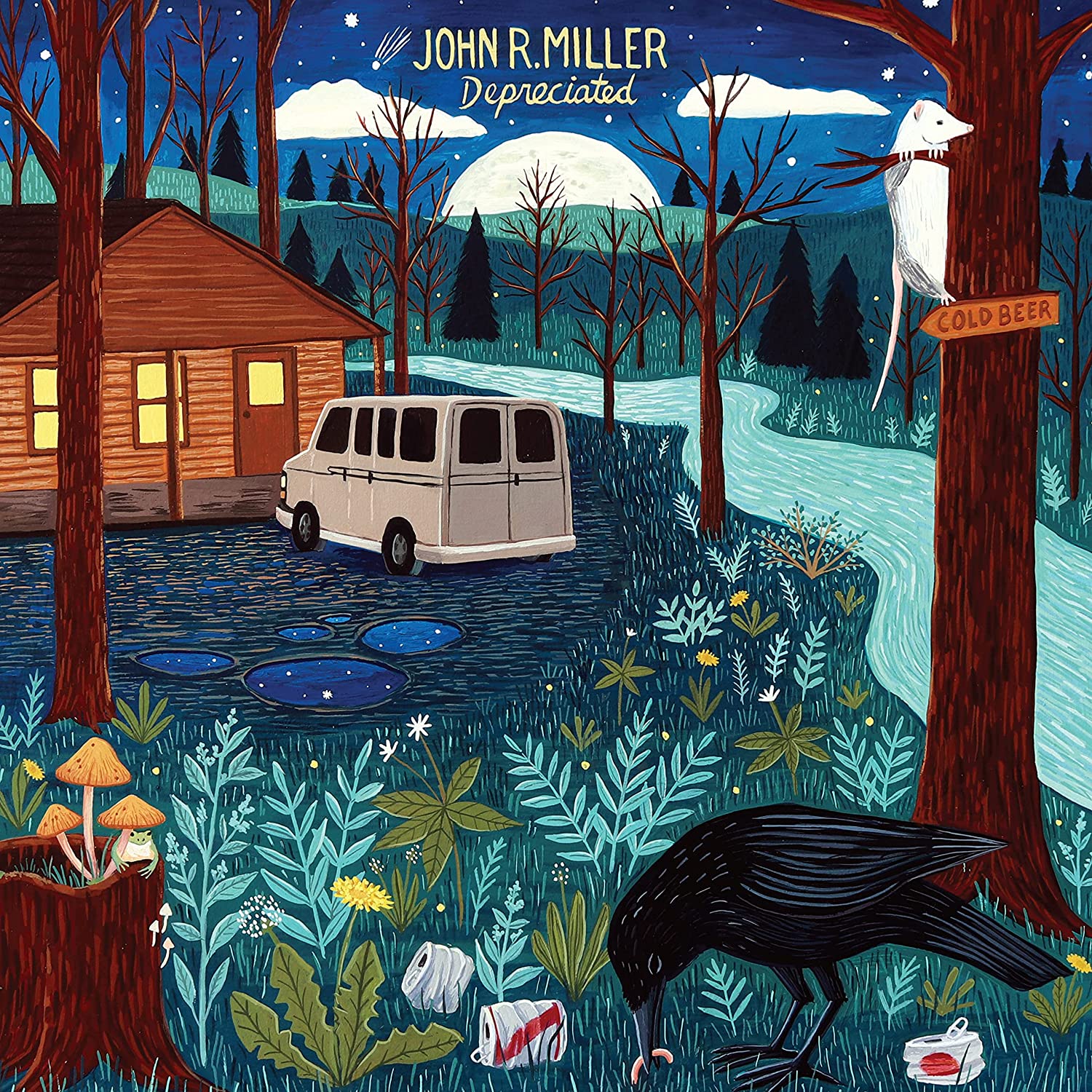 In the past I had already told you about local heroes who in recent years, through word of mouth, had managed to become beloved artists in all the United States and thanks to social media also get to the ears on this side of the Ocean. Here John R. Miller is a perfect example of how a real local star, can thanks to perseverance, talent and this world completely connected, be on the mouth and especially on the ears of fans without having behind promotions or labels “talent eats” to push him. Miller comes from West Virginia, a land of coal, dependencies and dominated by the Appalachians. Hard land of miners and shattered dreams but also land of great folk artists, artists who are jewels of the house that however struggle to find space outside their land, especially in recent years. Too many people try to imitate the independents who made it, too many scientists almost obsessively write the music and especially the lyrics of Tyler Childers, Chris Stapleton and Cody Jinks. Here ours did not do it, indeed it has in the originality of his style the strong point, but obviously it is natural to combine it with which he was inspired, be well inspired careful not “copied”. The notes are those, now inventing something from scratch is impossible but talent and passion allow artists like John R. Miller to stand out among a thousand negligible artists. Rounder Records, known label that discovers independent talents and never distorts them, has noticed and thanks to the production of Justin Francis and Adam Meisterhans, give us a little jewel of country with blues folk shades, now country classic now honky tonk. Honestly, one of the records I’ve loved the most these past few months. The music flows almost naturally, the lyrics that talk about engines and spare parts, women to love and hearts broken, are melancholy and intense stories, never banal. Country is this but it’s the sound that fits the lyrics, not the other way around. They are poems that Miller has always sung, but they have a sound that amazes for character, just press play and the bass and the guitar lap of Lookin’ Over My Shoulder invades our speakers with an irresistible groove. The voice fits the perfection, a born narrator, of those around a bonfire you would listen for hours, but that together with his band The Engine Lights put to fire the live clubs of the central United States. The piece of guitar with the touch slide is pure art, wonderful opening for a record that does not disappoint at any passage. The guitar is the underlying secret, Miller is an excellent picker but the stories take the part of protagonists as in the ballad Faustina, a typical country ballad that excites and warms the soul. A hint of sunshine but a melancholy sun, before leaving room for dust, violin and the delicate mandolin of Shenandoah Shakedown. Intense and beautiful. The interweaving of the instruments is real talent, a sound that does not bore but blends admirably with his poems. The sound of John R. Miller is not one to dance on the Texas dance floors, it is a music cultured and imbued with a poetic soul. The great Tyler Childers who is a fan of Miller on more than one occasion called him “a word expert who traveled to map the world he saw, three chords at a time”. That’s right. A storyteller probably from another time but terribly current. Old Dance Floor is country but with a rock soul, perhaps one of the least gloomy of the lot, there is also room for choirs and a nice electric guitar twist with the inevitable violins. It seems like an out-of-place vibe on a record like that, but no, it’s perfect. Like this record debut. A record I loved from the first to the last note, from the first guitar arpeggio to the last violin sound. An intense and evocative voice, forged on the streets of a thousand folk singer adventures, a hero that West Virginia and the Potomac River are proud to have so influenced, There’s been a lot of water on the banks of the great river since John R. Miller, when he was 14, instead of doing sports, chose to strum on an acoustic guitar and this Depreciated is the result of all that water. An artist that I absolutely recommend to discover, if you love the music of author is your man. A little JJ Cale, a little Tyler Childers but with a soul of blues entertainer. I can’t wait to hear the next stop of his new musical adventure.

(you can find original italian article at this link : https://www.ticinonotizie.it/john-r-miller-depreciated-2021-by-trex-roads/ ) 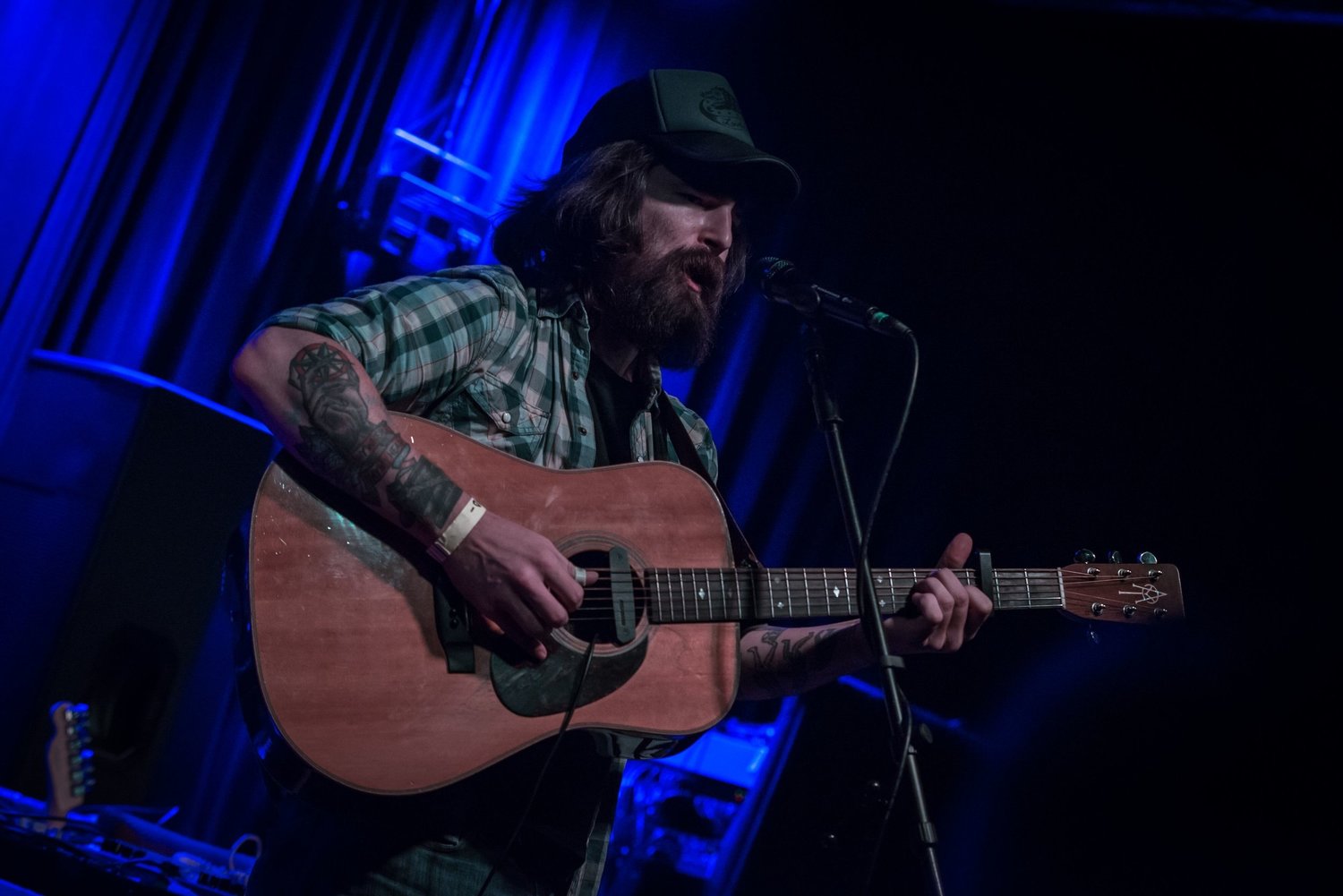 A real blue collar, that’s who Rob Leines is. An american worker, one who has done very hard w ...